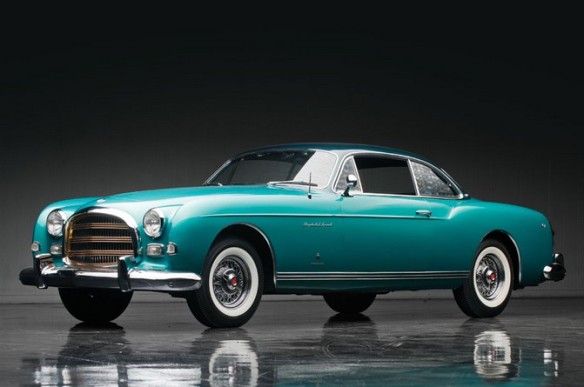 In the 1950s, Italian style caused quite a stir among American automotive executives. There were a number of “Italian-bodied” cars that sold on American shores with Detroit power. Quite a few Chryslers actually (unfortunately, they’d try this again in the early 1990s, to terrible results).

Those Detroit powerplants were impressive, too. This one has a 5.4-liter Hemi V-8 making 235 horsepower. What started all of this Italian body-building was a one-off show car built by Ghia for Chrysler export executive C.B. Thomas. The car was very well received on the European auto show circuit and Ghia ended up building about 40 specials based on Chryslers.

Only two of them were GS-1 Specials. The cars were based on the New Yorker Deluxe chassis and engine. How they differed from the rest of the Specials is what sets them apart. They were four-passenger cars with flat exhaust tips and special bits of Chrysler trim. They were to be used on the European auto show tour – including the 1954 Turin Auto Show. But this one was apparently never shown.

When Chrysler was “done with it” (they never actually did anything with it), they sold it into private hands. It passed to the daughter of the man who bought it directly from Chrysler and she used it for a few years until it was parked in the 1960s. It remained parked until 1999, when it was restored and sold to the current owner. It should sell for between $700,000-$800,000. Click here for more info and here for more from this sale.